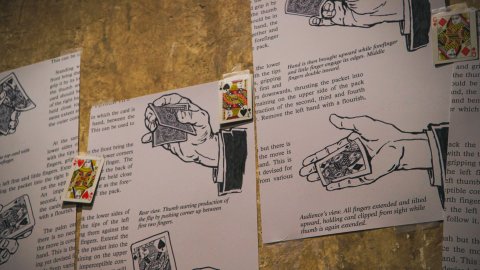 “The Art of Sleights and Deception” — Holmes and Watson get mixed up in murder and magic when they investigate the death of a magician killed while performing a classic stunt. Also, Watson suspects Bell is being targeted by the ex-husband of his girlfriend, Chantal (Chasten Harmon), after a false allegation lands him the middle of an Internal Affairs investigation, on ELEMENTARY, Sunday, April 23 (10:00-11:00 PM, ET/PT) on the CBS Television Network. Photo: Best Possible Screen Grab/CBS Ã?Â©2017 CBS Broadcasting, Inc. All Rights Reserved